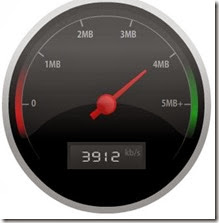 In this short article I have provided the top 5 tools that I use to test my internet speed to know how fast is my internet. Also I have explained the working of the “internet speed checker” programs available over the internet.
IMPORTANCE OF TESTING INTERNET SPEED:

The internet speed test checks the speed promised by your service provider by using a server that is geographically closest to you. It does not measure the actual transfer speed of a file over the internet as it depends on various other factors that are not under the service provider’s control, such as the content provider’s server load and bandwidth.

5 TOOLS I USE TO CHECK MY INTERNET SPEED:

HOW DOES THE INTERNET SPEED TEST WORK? (Brief explanation)
The programs we use to test internet connection speed works in 3 steps.

7 Replies to “How to Test my Internet Speed”