The Myth:
Around 50 years ago, a study was done by Dr Ancel Keys which was known as the Seven Countries Study, in which he noticed that the heart disease cases were more in countries where people consumed more saturated fat. Dr Keys came to the conclusion that heart disease is directly related to cholesterol which you get through foods like butter, milk or anything that has saturated fat in it. Dr Keys was a big name back then, so recognizing his study the American Heart Association announced on television that eating large amounts of butter, beef, eggs etc. can lead to heart disease. Soon this became a general belief that “if it’s Fat then it’s bad”.  Every doctor since then has been prescribing low fat diets cause that’s what they have been taught, that’s what they have read and so that is what they believe. But is it the truth?


“It’s not like we ate butter and it goes straight into our arteries to block them, because our body works in a much better way than this.”

The Real Science(for the Geeks):
Atherosclerosis is the thickening or hardening of the artery walls which is the main cause of the heart diseases. It is caused when the oxidized LDL(Low- Density Lipoprotein) particles penetrate the arterial wall thus causing  inflammation and damage to the arterial tissues.
Low-density lipoprotein (LDL) is one of the five major groups of lipoproteins. It can also be called as a type of cholesterol in layman’s language however this is the bad type of cholesterol. The good type is HDL or High Density Lipoprotein(yes, cholesterol is good also, I’ll explain it in a moment).
It’s true that lowering saturated fat in the diet lowers the total cholesterol level in the body, but(now this is interesting) it only lowers the good type of cholesterol that is HDL. HDL or High Density Lipoprotein.
We get cholesterol by two ways, one is dietary cholesterol which is HDL and the other is LDL which is produced inside our body by our own liver(yes the liver produces the bad kind of cholesterol).When we do not get enough cholesterol from our diet the body produces more LDL to meet up the cholesterol requirements.  Basically, eating a high fat diet can actually help in controlling the level of “bad cholesterol or LDL”. Also when we do not eat fat in our diet we tend to eat more carbohydrates and sugar to curb the hunger and as per the latest researches  published in the British Journal of Medicine, sugar and high carb diets are the main culprit behind heart attacks and increase in weight.
Now here it becomes even more interesting. If you want to loose weight, you will most probably be advised to stay on a strict low fat diet. But is it really the correct way? Well, according to these researches the correct way to loose weight is to stay on a “high fat and low carb” diet. Yes you heard it right, more fat and less carb. The logic behind this diet is that when we eat more fat and less carb our body learns to access the stored body fat which ultimately leads to weight loss in a healthy way.

“The scientists have now said that the advice to cut saturated fat has been the biggest mistake in the field of medicine.” 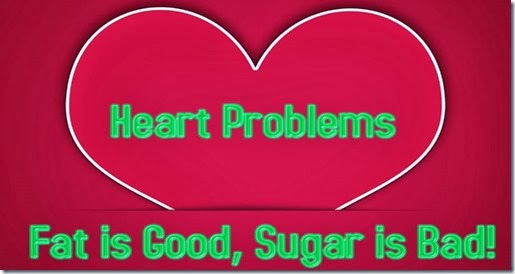 One Reply to “Fats are Good for Heart: Unfolding the Myth behind Saturated Fat”